Our analysis of 175 active tourism accounts on Weibo in Q2 2021 reveals year-on-year increases in engagement rate for destination accounts. The report looks at standout accounts and posts, as well as factors impacting engagement rates since Q1 2021.

We will look at overall category performance, then review top content themes and high performing posts for specific categories.

Engagement rate is engagement divided by follower base. Starting from the Q1 2021 report, the engagement rate has been adjusted to only count weeks when posts were published, to more accurately reflect accounts with top performing posts. This method is applied to historic data when comparing between time periods. 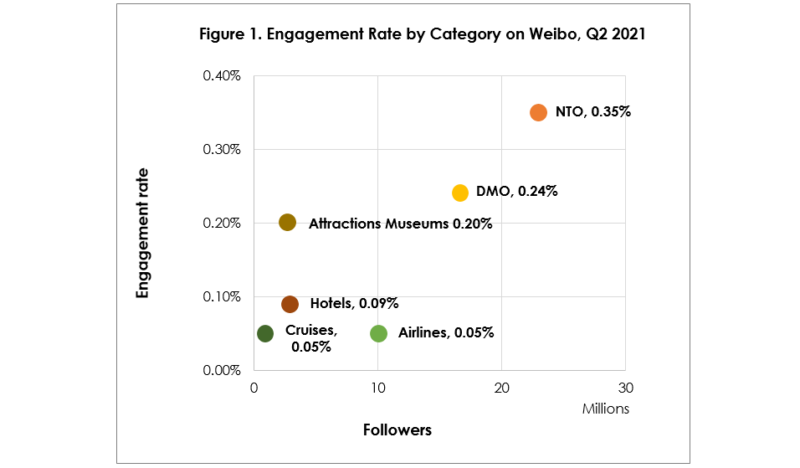 Fifty-two accounts were active in Q2 – the same as in Q1 – while the engagement rate dropped from 0.42% to 0.35%. Regardless, Q2 2021’s engagement rate is higher than the same period in 2020, signaling a stabilized performance.

Looking into account performance, Q2 saw fewer celebrity-driven engagements and online spats – both of which drove up engagement in Q1. While most accounts saw a decreased level of engagement, Tourism Authority of Thailand accounts maintained stable growth with a combination of video, images, and storyboards that portrayed a multifaceted Thailand. The top content tended to interact with followers by asking questions about Bangkok and bringing them on a relatable shopping journey. Twenty-five accounts were active in Q2, just one fewer than in Q1, while the engagement rate dropped from 0.14% to 0.09%, and below engagement rate levels for the same period in 2020.

Looking at content, Q2 saw fewer celebrity-endorsed posts than Q1, which typically drive up engagement for a short period of time. 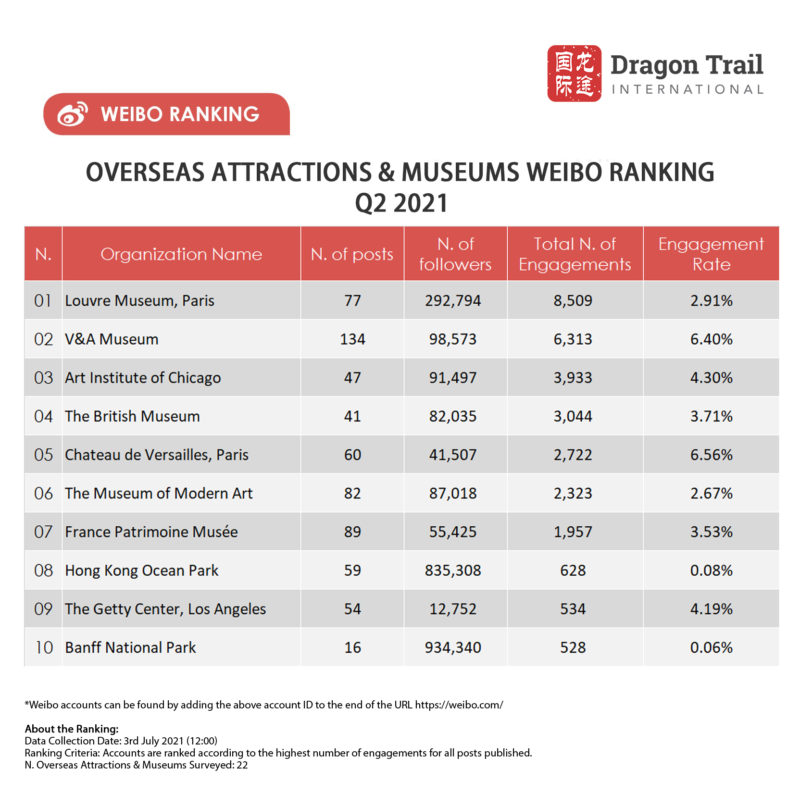 Looking into account performance, the majority of accounts saw a decrease in total engagements, with the exception of Louvre Museum and Banff National Park. The Louvre’s top posts were a combination of detailed descriptions of collection pieces, information on restoration work by museum staff, and giveaways.

Popular posts by the Louvre Museum (left to right): A short video about the work of an archeological illustrator; a giveaway of gift shop items; and a video on the Vénus de Milo 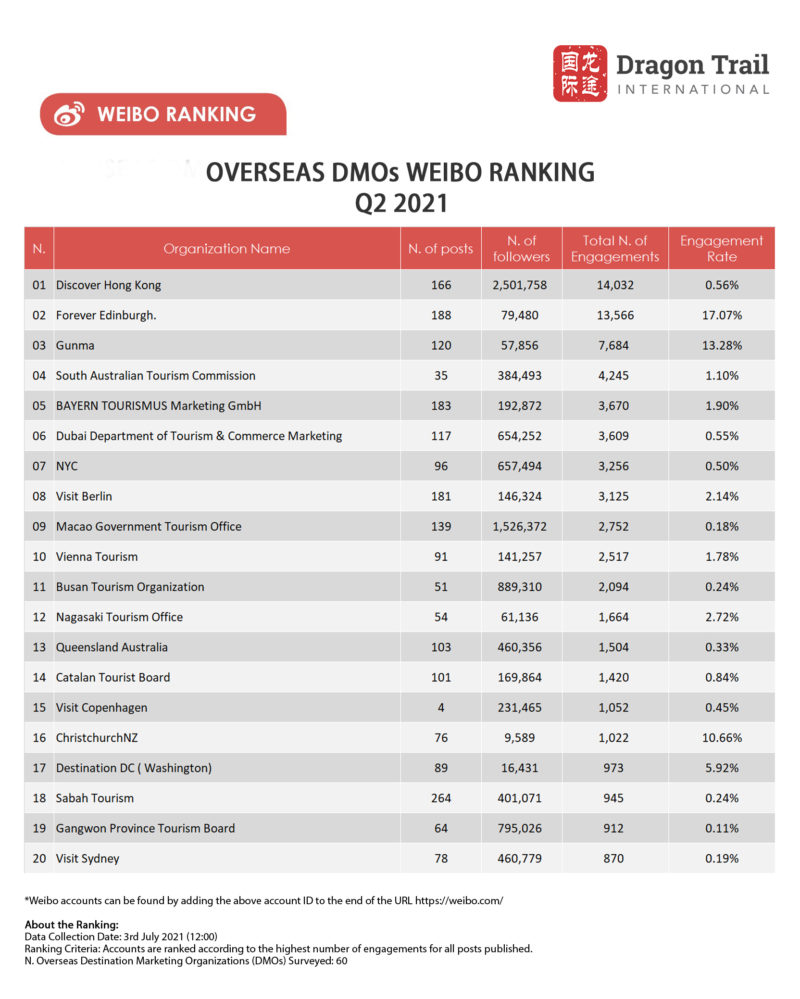 Forty-two DMO accounts were active in Q2, down by one account compared to Q1. The engagement rate dropped significantly from last quarter, from 0.46% to 0.24%, but it remained higher than the same period in 2020.

We noticed an overall decrease in engagement for the majority of DMO accounts, particularly for larger accounts.

Q2 saw fewer celebrity-endorsed posts, which drove up engagement in Q1. The top accounts that maintained growing engagement levels in Q2 posted regularly about the resumption of flights, retirement of aircraft, or opening of airports. In Q2, flight schedules for international students traveling abroad for the fall semester also generated high engagement. 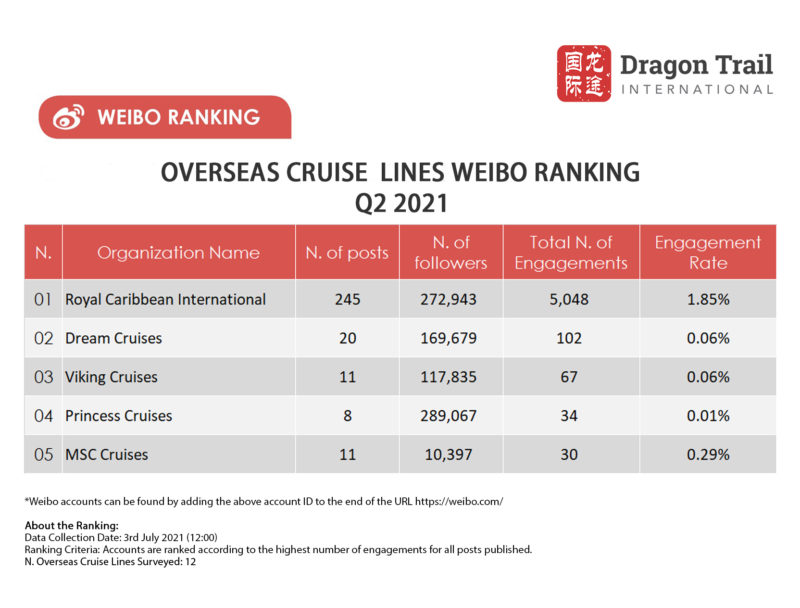 Just seven cruise accounts were active in Q2, down by two compared to Q1. The engagement rate dropped from 0.07% to 0.05% in Q1, but maintained the same level as the previous year.